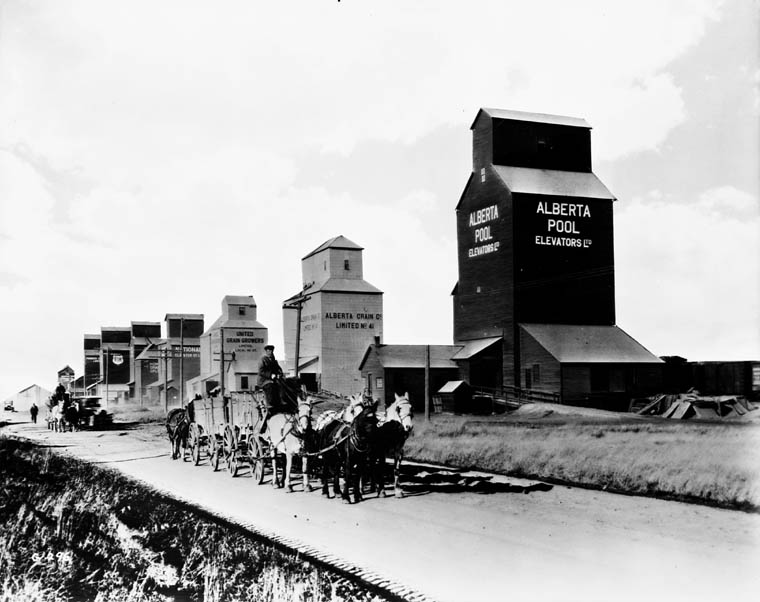 Contrary to what popular culture might lead you to believe, the Town of Vulcan did not get its name from science fiction. In 1910 a CPR surveyor, who had a fondness for Roman Mythology, named the town after the Roman god of fire. Originally all the streets in Vulcan were named after the gods and goddesses of the classical world such as Juno, Mars and Jupiter. Vulcan was incorporated as a village in 1912 and as a Town in 1921. In July 1927, a major tornado destroyed many homes and the new curling rink in town.

Vulcan boasted the largest grain storage capacity in Canada from 1920 until a fire in 1971. Due to this massive volume nine grain elevators were built and would later be known as the "9 in a line". Due to the changing economics of the agricultural industry, the original elevators were taken down one by one. Today Vulcan has only one of the "prairie skyscrapers" left.

A British Commonwealth Air Training Plan air force base, RCAF Station Vulcan, was located a few kilometers southwest of the town during the Second World War. Many of the old hangars still exist and the runways can still be seen.

In the Star Trek television and feature film series Vulcan is the name of the homeworld of Spock and his fellow Vulcans. Capitalizing on this coincidence, the town has become a worldwide known tourist attraction with the building of Star Trek themed tourist centre and replica of the Starship Enterprise from Star Trek V.

Today the Town of Vulcan is a vibrant and proud community situated in rural Alberta. Vulcan's high quality of life is evident. We offer first class facilities while still maintaining friendly, rural hospitality. Vulcan residents are warm and inviting and have understood for a long time the advantages of our community. The Town of Vulcan offers all that you need and more. We boast great health services, accommodations, recreation, attractions, schools, professional and personal services just to name a few. We invite you to explore Vulcan's frontier, a community that offers you an experience from out of this world!